Long time ago I’ve noticed prolonged trend to destroy advanced technology and sell cheap plastic things, powered by marketing slogans, which have zero significance in real life. Appointed trend applies to almost any products in our life, especially consumer and even professional electronics.

Some solid proof then.

COMMODORE brought super advanced Amiga computer in the middle 80s, which had some really advanced stuff like GPU Blitter and Fast-Ram technologies. Nowadays Amd is working on stuff similar to Fast-Ram, which they call Smart Cache. 30 years later, yeah… At list they’ve managed to apply some effort.

NOKIA with it’s brilliant camera-phone Nokia PureView 808 , which is still undefeated in terms of detail and resolution. Later on microsoft acquired Nokia to dissolve and degrade image quality of the sensor and then sell PureView tech to Chinese HMD corp, which later released awful octopus-look PureView 9 device with multitude of mediocre cameras and pathetic image processing. Till nowadays nobody reproduced portable device, which output such detail and image clarity like Nokia 808. Maybe Sony Xperia PRO-I will provide something solid? We shall see this in a while. 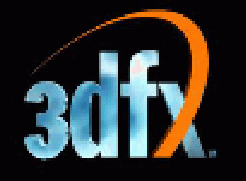 3DFX INTERACTIVE inventor of 3D acceleration, who brought GPU technology to masses. In the end of it’s life company was consumed by not so bright nvidia corp, nvidia dreaded 3Dfx because of their smart engineers. 3Dfx’s T&L transformations implemented in software in terms of speed were the same as hardware-based solution of nvidia. Green ones decided not to risk and helped 3Dfx to reach bankruptcy via conspiracy with memory chip manufacturers. As I remember correctly memory modules sold to 3Dfx on overpriced basis.

GRAVIS ULTRASOUND fall apart due to marketing pressure from mediocre creative labs. Gravis have pushed not expensive wavetable-synth technology to masses, when everybody were fooling around with older frequency modulation technlogy [mostly]. I’m not saying that FM is bad, because I like to listen to chiptunes! Gravis can’t reach signal-to-noise ratio of Pro Audio Spectrum 16 , but was definitely better than generic Sound Blaster.

Noticed that all appointed companies are from 80s-90s? Yeah-yeah.

So, you see that progress is slow-downed by cheap marketing crews. Manufacturers spent less time on development, want to spent less time and money on research. All they have in the disposal are marketing people with zero-meaningless ad texts and slogans, like 600Mpx cameraphone with tiny’n’sh#tty blurry quad-bayer sensor.

In conclusion: manufacturers like to sell only numbers, which don’t have anything to do with reality.

I think that the topic is pretty much covered. That’s it for today. End yeah, enjoy your evening, day, morning…whatever. I’m out.